On our way to Mohonk Mountain house (that is my next blog) we stopped by West Point for a tour. A few years back when John was 2 and the twins were 9 months old we went on a trip to Colorado and went to the Air Force Base there. So now, all we need to visit is Annapolis and then we will be set. That will be cool anyway because Jason's cousin Billy just graduated from there. Anyway, on to this trip! 8-) It was amazing to see all the different places where the people train.
Here is a common thing you find around the cemetery at West Point: 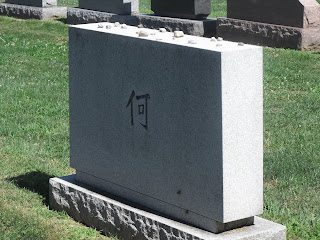 There are rocks on top of the graves. They do this for a lasting reminder that they are remembered. Instead of flowers that will die and be lost forever, they put rocks on top of the stones so that it will last forever and will show that they were caring and thinking and praying for them. I thought it was a great sight to see all over the place. 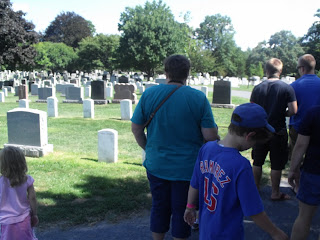 We were able to go to the Chapel and see its beauty. We could only go this far as a substitute organ player was practicing. You can tell in the picture, but it made the place look even more magnificent. 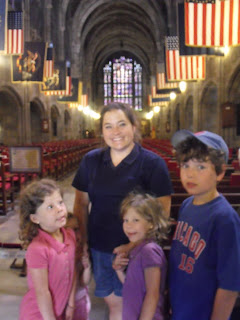 During the tour, this plaque, placed in the older chapel, made the most impression on me. As you can tell the name is scratched out. This is the plaque honoring Benedict Arnold. They have scratched out his name due to his later traitor status to the United States, but they still wanted to honor him for what he did before his betrayal. I thought it was interesting. And of course, it was in the back of the chapel. 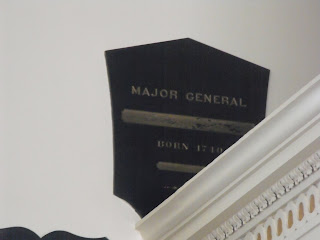 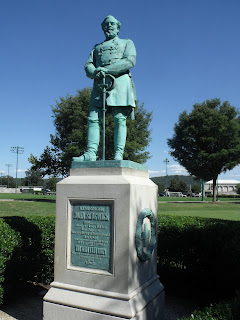 This was a sphinx, yes, a sphinx. They now have a size limit on how big a tombstone could be. There is literally a pyramid behind us. I honestly can't remember who is buried there right now, sad I know, but he and is wife are in sarcophagus inside the pyramid. you can look through iron bars and see them. After this and another tombstone they now have limits on how big they could be. I did not think I would be seeing a sphinx when we went to West Point. 8-) 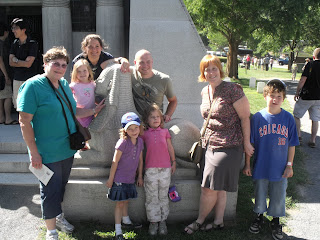 We had to get our picture at the end with this gargantuan tank. 8-) It was a good day. We then headed to a hotel, at dinner at Denny's and played Phase 10 and the kids watch the Disney Channel. Then the next morning onto Mohonk Mountain house... 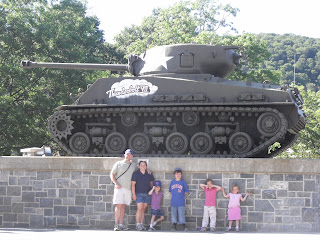 My verse for now

James 1:9, "Everyone should be quick to listen, slow to speak and slow to become angry."

"A mother who walks with God knows He only asks her to take care of the possible and to trust Him with the impossible." --Ruth Bell Graham